Friends of the show Kyle Anzalone and Will Porter join Joanne Leon for a special two-part series on the Khashoggi Affair, which symbolizes a much bigger geopolitical crisis and battle. Roundtable format, released in two separate episodes in the coming week for our listeners or available in advance, in full for patrons. 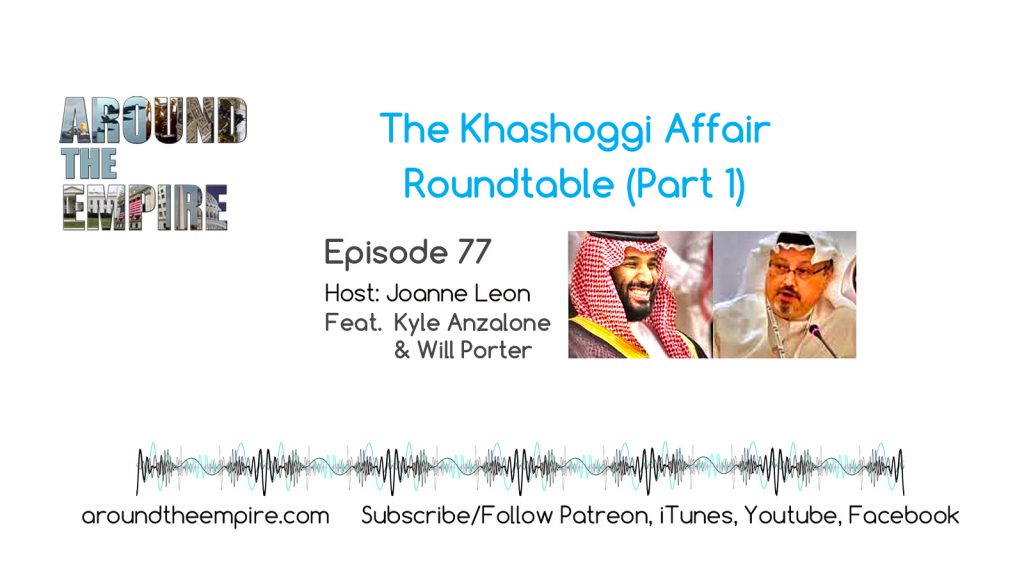 Fair Use Act Disclaimer. Copyright Disclaimer under section 107 of the Copyright Act 1976, allowance is made for “fair use” for purposes such as criticism, comment, news reporting, teaching, scholarship, education and research. Fair use is a use permitted by copyright statute that might otherwise be infringing.