Tom Secker joins the show for this two-part series as we compare and contrast two movies: War Machine and Charlie Wilson’s War. We talk about Afghanistan, wars, history, geopolitics, movies, the involvement of the national security state in the entertainment industry and more. A great conversation that is interesting and informative, both serious and light-hearted at varying times and is packaged into two episodes (available in full in advance for patrons). 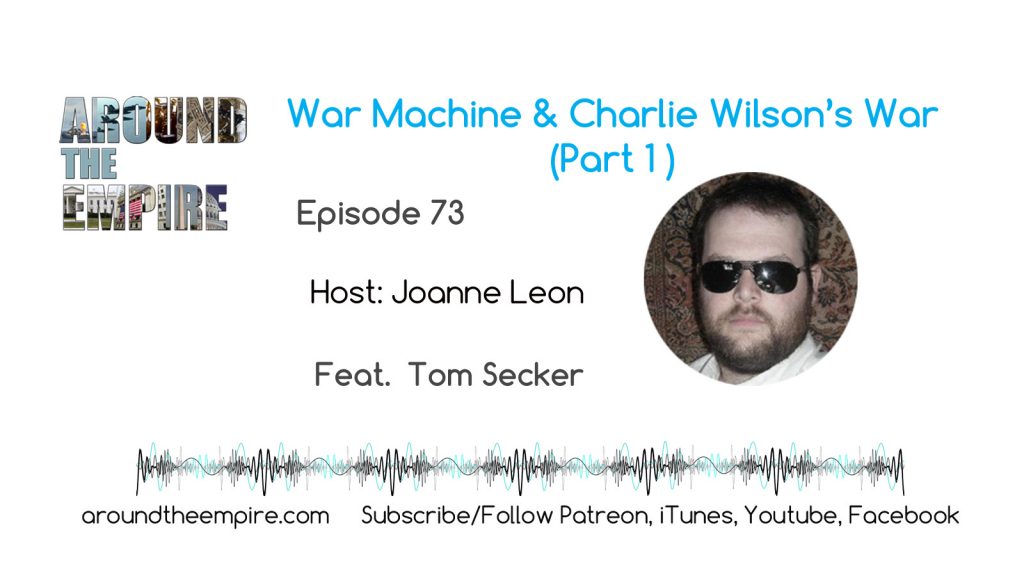 Tom Secker is a writer, researcher and podcast host from Northern England, who specialises in the intelligence services, Hollywood and the history of terrorism.  He hosts the ClandesTime podcast and is the author of two books, including National Security Cinema: The Shocking New Evidence of Government Control in Hollywood. Find his work and ways to support that work at spyculture.com and patreon.com/tomsecker.

Fair Use Act Disclaimer. Copyright Disclaimer under section 107 of the Copyright Act 1976, allowance is made for “fair use” for purposes such as criticism, comment, news reporting, teaching, scholarship, education and research. Fair use is a use permitted by copyright statute that might otherwise be infringing.