Syrian analyst Ehsani returns to the show to talk about the latest developments in the Syria, with a focus on the Idlib deal, Turkey’s role in the war, perspectives from Syrians, and the prospects for recovery. 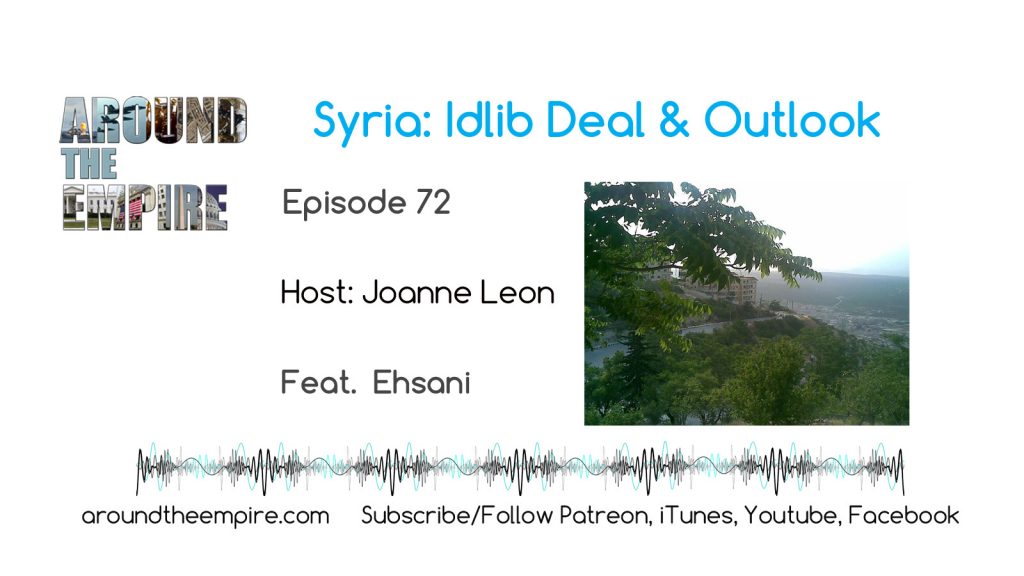 Ehsani is a Syrian American originally from Aleppo. You can find his social media analysis and discussion about Syria on Twitter at @ehsani22. He has also written for the Syria Comment blog under the pseudonym, “Ehsani”.