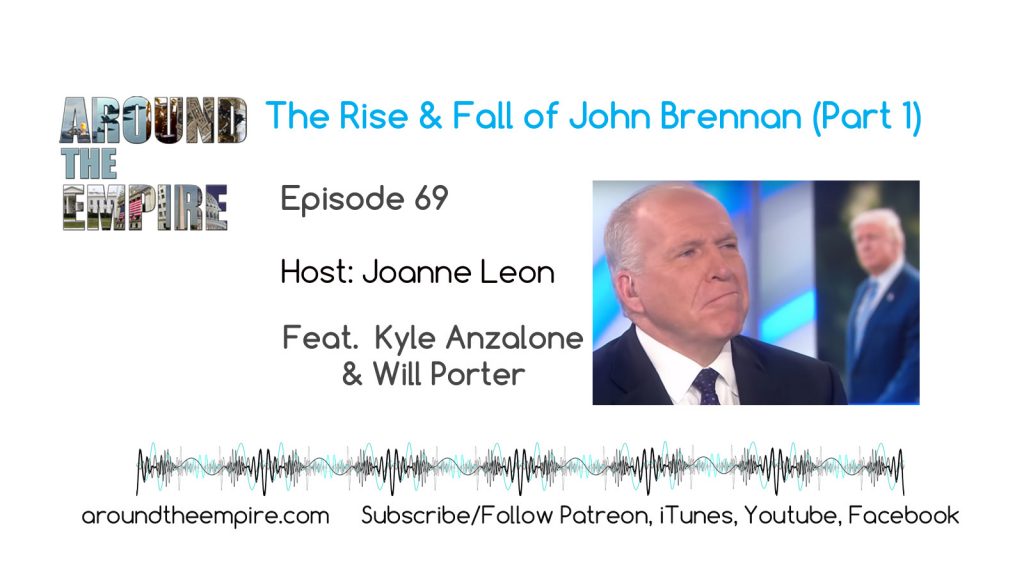 END_OF_DOCUMENT_TOKEN_TO_BE_REPLACED

Journalist and analyst Pepe Escobar, speaks to us from Bangkok about the new Great Game in Eurasia and why the critical military and geopolitical situation requires that the US resume relations with Russia despite the massive forces working against that. 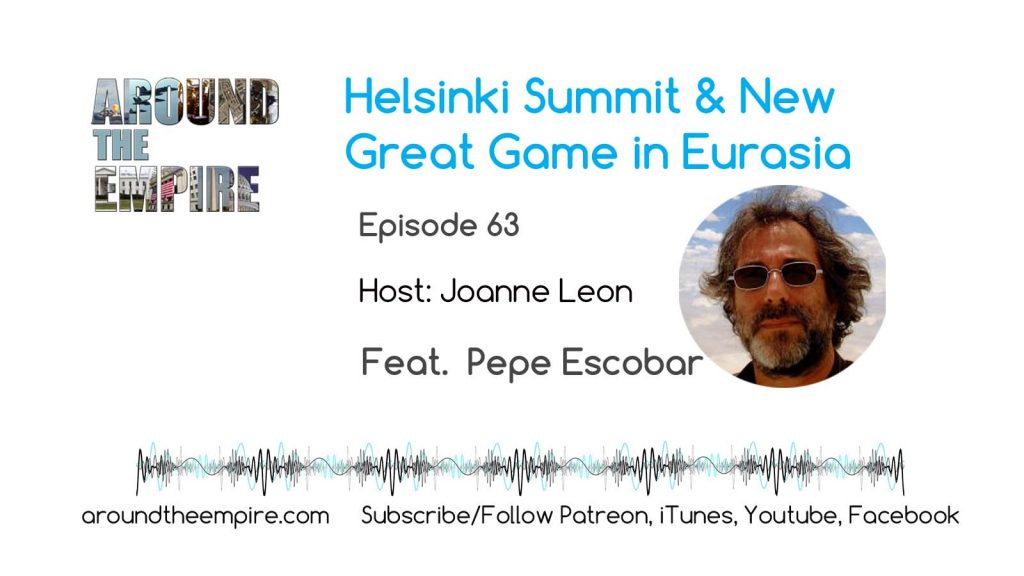 Escobar is the correspondent-at-large for Asia Times and a frequent contributor to websites, TV and radio shows ranging from the US to East Asia. Born in Brazil, he’s been a foreign correspondent since 1985, and has lived in London, Paris, Milan, Los Angeles, Washington, Bangkok and Hong Kong.  FOLLOW Pepe Escobar on Facebook and find his work at Asia Times. 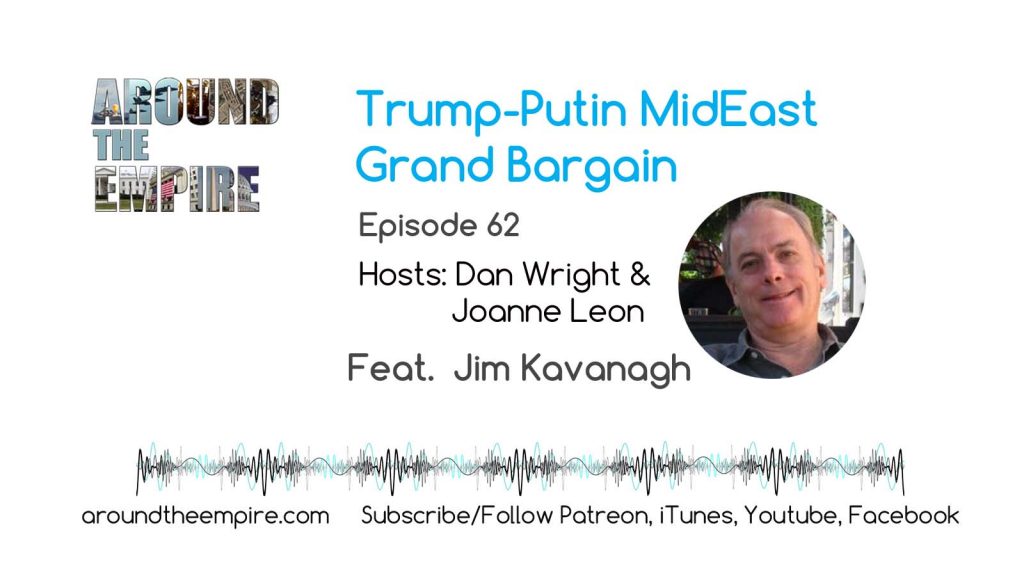 Dan and Joanne talk with Aaron Maté about Russiagate and the Mueller investigation. We discuss Aaron’s recent article which argues that after a year of investigation there have been several guilty pleas, but none of them go “to the core of the special counsel’s mandate,” about collusion between the Trump campaign and the Russian government.

Aaron is a host/producer for The Real News and a contributor at The Nation magazine. Follow him on Twitter at @aaronjmate.

The Mueller Indictments Still Don’t Add Up to Collusion, Aaron Maté, The Nation

In this bonus episode (a bonus episode for patrons, 30 minute preview free to the public), Dan and Joanne talk about the growing conflict with Iran, the impact of Trump’s withdrawal from the Iran deal and the severe escalation in the Syrian war that began just hours after that withdrawal.

Listen to the full episode.

Time for Europe to Join the Resistance, Spiegel, by Klaus Brinkbäumer

We hold a roundtable discussion with Joanne Leon, Kyle Anzalone and Will Porter about French President Emmanuel Macron’s visit to the White House and Congress where he presented a prodigious plan for the Middle East that includes a harsher set of terms for the Iran deal, containment of Iran and Western dominance in the Middle East.

Dan and Joanne discuss Jack Goldsmith’s essay, “The ‘deep state’ is real. But are its leaks against Trump justified?”

Joanne talks with Lt. Col. Daniel L. Davis, USA, Ret.about his recent article, “President Trump is right: Withdrawing from Syria strengthens US security,” and about the current precarious situation where Trump has changed his mind and is signalling an imminent attack on Syria and Russia, using an alleged chemical weapons attack in Ghouta as justification.

Col. Davis served for 21 years, including four combat deployments. He retired from the Army in 2015 and is now a Foreign Policy/Defense Analyst and a senior fellow for Defense Priorities. His areas of expertise are American foreign policy, Middle East policy, Asia policy, grand strategy, international relations, international security, and counterinsurgency.

In 2012, he wrote a classified whistleblower report for Congress about the war in Afghanistan and released an unclassified version to the public. Col Davis regularly appears on news shows and is published in national and international publications.

Joanne talks with economist and writer Tom Luongo about Trump’s cabinet shuffle and the possibility that it is part of a Middle East grand bargain, as Alastair Crooke recently wrote about in the online journal, Strategic Culture.

Tom is former research chemist and staunch libertarian, Tom currently publishes his blog, Gold Goats ‘n Guns along with a monthly investment newsletter focused on geopolitics, commodities and cryptocurrencies. He is a regular contributor at Russia Insider and Seeking Alpha. His work is also featured regularly on sites like Zerohedge, Lewrockwell.com and Investing.com.

Dan and Joanne talk about the Mueller’s indictment of Russian internet trolls for defrauding the United States and meddling in the 2016 election by placing ads on social media (most of which ran after the election itself). While the indictments themselves seem absurd, they did bring about a significant change. Both the establishment Left and Right are now more united against Russia and around the War Party.

Dan and Joanne talk about the lead up to and the release of the House Intelligence Committee chairman Devin Nunes’ memo on the abuse of the FISA court related to Russiagate.

Dan and Joanne talk about the cost of the Empire, the War on Terror aka “Empire Preservation Wars,” current events and the new “Costs of War Project” done by Brown University.

Dan and Joanne talk with American author and investigative journalist Ken Silverstein about power and influence peddling in Washington and the role of think tanks, NGOs and the media.

Ken is a DC-based investigative journalist,  and creator of Washingtonbabylon.com. He is a contributing writer to VICE and columnist for the New York Observer. His stated goal for Washington Babylon was “to cover DC politicians and journalists like Hollywood celebrities —  not the way they are worshiped by our current media masters.” He also wrote for Harpers Magazine, AP and LA Times.

Find all of our work at here at our website aroundtheempire.com